‘Classroom DJ’ not fazed by spotlight 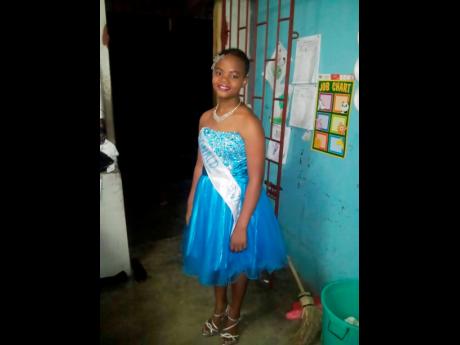 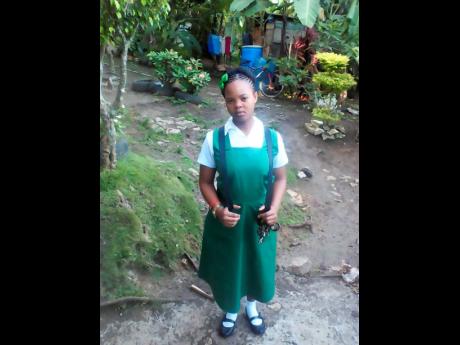 "Music is literally my life," a passionate Britania Pinnock told THE STAR.

The 17-year-old Morant Bay High School student has become the latest social media sensation after a video of her deejaying at school went viral.

"Everything I do, it has to be with music. When I'm in class, if I want to remember something, it's music. If I'm talking to somebody I'm rhyming; I just love music," she said.

It was during one of those times when she was vibing that her classmates decided to capture her on video.

"It was a freestyle. I was in the music room, which is my favourite place in the school, and I heard this rhythm, and I was like 'no man, I have to put something out on this rhythm'. I wasn't even expecting that video to go that far because I wasn't even putting out my best on that video," she said.

Pinnock said she started out writing poetry, before eventually graduating to music.

"As a child, Louise Bennett was always my role model. I was a poet first. When I reached grade five, what I noticed myself started doing, I started adding beats to my poems. And then I sorta got more equipped, and then I started to write songs," she said.

But despite the love, Pinnock said she'll be pursuing a career in nursing as it is also something she loves.

Besides, she said she's afraid the kind of music she'll want to do as a young female wouldn't be very well received.

"Morality has been broken down in such a way that the mentality of the public, all they want to hear about is violence and about sex. And if I want to change that, it's going to be very hard to do. So I would like something to back up my music, because education comes first," she said.

Nonetheless, the Spring Gardens, St Thomas, resident said she has enjoyed the attention she has been receiving.

"It doesn't really shake me or anything. Sometimes too much attention can't do good because of negativity and all those stuff," she said.