Walker ruled out for eight weeks 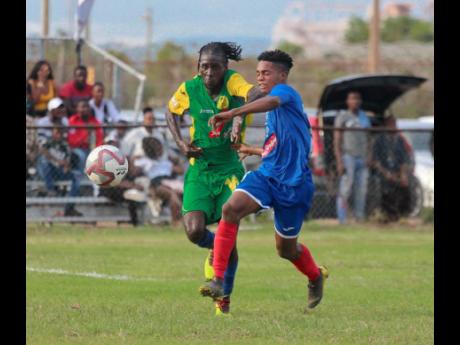 Portmore United’s Lamar Walker (right) tussles with Vere United’s Devroy Grey for the ball in their Red Stripe Premier League match at the Wembley Centre of Excellence in Hayes, Clarendon, on Sunday, September 8 , 2019. 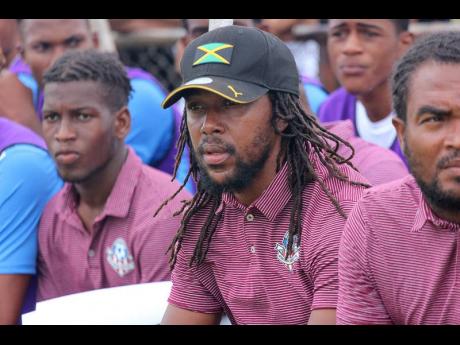 Portmore United head coach Ricardo 'Bibi' Gardner says young prospect Lamar Walker would be out for the next eight weeks. This is because of a shoulder injury he picked up two weeks ago in a Red Stripe Premier League (RSPL) fixture against Vere United at the Spanish Town Prison Oval.

The former Clarendon College star was hacked down by Vere's Ray Campbell in time added on just moments after he displayed flamboyant touches on the ball against him, leaving Campbell on the floor. The player was stretchered away after the incident and even missed Jamaica Under-22s trip to Japan, where they were beaten 9-0 by their Asian counterparts in the Kirin Challenge Cup.

But Gardner is hoping that his return will be sooner than expected.

"He is recovering well," Gardner said. "He went back to the doctor a couple of days ago and he is still a far way off. So he just has to rest and, hopefully, he will recover quicker than estimated. We are looking towards eight weeks, but hopefully it's shorter than that."

Although striker Cory Burke is set to return to Major League Soccer with the Philadelphia Union very soon, Gardner is convinced the team still has enough quality in its ranks to mount a successful title defence. However, he said he will assess his squad carefully before considering any additions in the transfer window this month.

"We will take it as the days come," he said. "We have to work with what we have now. We have to do some work in front of the goal, but I think we are creating the chances. We just have to have the end product going with that as well. But when the window opens, we will see what we can do and how we can add to the squad. But I think we have quality here, we just need to bring it out a little bit more."