Decision still pending! - Bernard’s future at KC not known up to this time 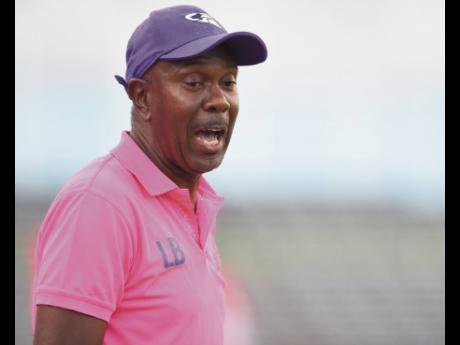 It is still not clear whether Ludlow Bernard will be sitting on Kingston College's Manning Cup team bench next season, even after meeting with principal of the institution Dave Myrie last Thursday.

Bernard met with Myrie and other members of the school board, but discussions were inconclusive and he told STAR Sports that they will continue talks until they come to an agreement.

However, thought of his departure, after he revived the school's fortunes after three decades without success, has unsettled the 'Purples' diehard supporters who credit him for their resurgence.

Bernard insists his position has not changed and that matters will have to be settled in the boardroom after they failed to reach a conclusion at Thursday's meeting.

But he admitted he still has a 'soft spot' for the current players, who did remarkably well for a team averaging age 16 years. And although he would love to work with them again next season, he says he need a clearer idea on certain issues.

"KC job is a very high-profile job and I took it because I wanted to make a contribution to my school. A lot of people give me stick, but I have never been confronted (by anyone personally). But those people (critics) are the minority," he stated.

"For fans, it's either win or lose. We beat JC (Champions Cup semi) and a lot of mistakes were made and I didn't hear anyone say anything. Now fast-forward three days later and we lose in penalty shoot-out (Manning Cup semi) and people have all kind of things to say," he reasoned.

"But because I am not a renown footballer, because I am not a household name like (Lenworth) 'Lenny' Hyde or (Neville) 'Bertis' Bell, people don't give me my due. But I go about my thing very quietly and get my results," he said.

"Before I came to KC, they weren't winning and before I went to Wolmer's, they weren't winning. But this game (Champions Cup final) carried a lot of weight. Because it has people talking (about KC's performance). But these are things I have been doing throughout (career).

"This season we lost four quality players and if these were players available it would have allowed me to shuffle the deck a little more in critical games. But we did not lose a game in 90 minutes (this season), so how can someone underrate what I am doing," he commented.

"I made all kinds of adjustment to get a team to compete and that is one of the reasons I rejoice when the game (Champions Cup final) was done, because I knew I did a good job," he said.