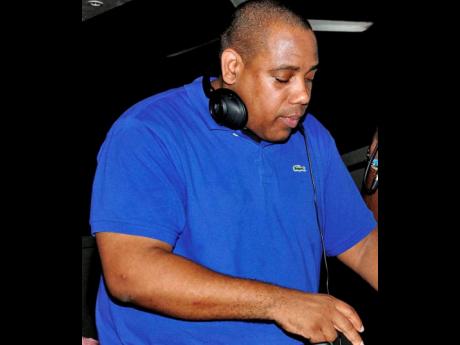 Picture a scene of DJs Arif Cooper, Taj and Franco unleashing their unmatched expertise at the controls, fluidly delivering three solid hours of pulsating, non-stop soca music, while thousands of 'socaphiles' tune in worldwide from inside their living rooms or other cool spaces.

That was the scenario last Saturday when FAME FM, supported by main sponsor Smirnoff, along with Coca-Cola, hosted its inaugural FAME Soca Frequency, utilising seven online platforms to fully engage its virtual audience.

General Manager of Radio and TVJ, Claire Grant, told THE WEEKEND STAR that analytics on social media alone, exclusive of One Spot Media and the FAME app, showed a whopping 48,523 unique visitors and the hashtag #FAME Soca Frequency was trending.

"These figures are from Instagram, Facebook and Twitter, and, also, we had 850,000 brand impressions," Clarke said of the epic virtual party, which went live at 9 p.m.

What makes these figures so impressive is that there was heavy online traffic that night, as multiple 'quarantine parties' have sprung up worldwide, all in direct response to the lockdown caused by the COVID-19 pandemic.

Clarke explained that soca was the genre of choice because this is the active carnival season and with all events pushed back to October, socaphiles have been in a rut, and they showed their appreciation by fully embracing the party.

Noting that promotion for the event started about 8:30 p.m. on Friday, she said the fact that so many persons were marked 'present' is a testament to the strength of the brand.

"We have to get innovative as we adjust to a different kind of audience. People are at home and have nowhere to go," Clarke said.

She also pointed out that radio, in response to the needs of the advertiser, pushed persons online to purchase the sponsor's product.

"First of all, we posted a bar list on our social media pages and asked consumers to order via WhatsApp. The product was delivered free of cost to consumers in Kingston and Portmore. We also added a little incentive. Consumers who ordered home delivery got a chance to win a Smirnoff Ice Smash top-up - which is double their purchase - by simply posting their order on social media and tagging Smirnoff Jamaica," she told THE WEEKEND STAR.

And, since virtual parties are undoubtedly the new hotspot, and FAME having already had great success, come Saturday, 'at-homers' can slide back into full-blown party mode, as the station promises to take the revelry to new heights.

"We are going to take it up a bit and have not only FAME FM, but also RJR 94 in the mix. On Saturday, we will be playing reggae and dancehall," Clarke said, noting that Smirnoff has again endorsed the series.