Wife gave me ‘bun’ in my own house 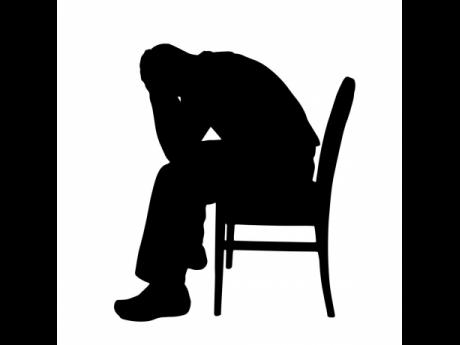 I am a 50-year-old man and for years I have been reading your column. I am married, but my problem has caused me to function at less than 100 per cent.

My wife is 10 years younger than I and I have suspected that she was having an affair. I did not have any proof. I know that from the way how I see her moving.

She does not have any respect for me anymore. My sickness has taken away lots of my money and if it was not for my 16-year-old daughter, sometimes I would go hungry.

But my daughter makes sure that I eat by preparing meals for me.

One day she told me that she didn't like how this man was fooling around with her mother, and when I was in Florida, this man slept at the house.

I took it to heart because I have done everything for my wife. When I met her, she was just running away from a relationship because the guy used to ill-treat her.

I invited her to come and live with me and soon after, she got pregnant with our daughter.

When I asked what her mother said to her, my daughter said that her mother told her that the man was her cousin from St Elizabeth and was visiting for the weekend.

She said that her mother gave the man a pair of my pyjamas to sleep in and he went into the guest room, but she became suspicious of her mother.

Later on in the night, she heard her mother and the man in my bedroom. She said, "Daddy, this man is no cousin of ours and if he were a cousin, mommy and him are having an affair."

My wife did not tell me about anybody staying at the house. She is very vindictive, so I don't want her to know that her daughter said something to me.

What should I do, pastor?

My daughter has lost respect for her mother, and I am not dealing with this situation well.

I am glad that your daughter told you what her mother was doing. She could not bear it any longer. She knows that you have been a good husband and father.

Your daughter does not want your wife and your to break up; what she wants is for your wife to stop the cheating and not to allow this man to come back to your house.

'SHE MUST knock her head'

How can a mother know that her 16-year-old daughter is in the house and she would allow her 'bunna man' to come and stay there and sleep in her husband's pyjamas?

She must have knocked her head. Is she thinking? Would she not know that her daughter would suspect something? How could this man suddenly show up and they claim to be cousins?

If they were not having sex, what caused the noise in the room? This woman has no respect for her daughter.

You must speak to her about it. Don't be afraid. Tell her that your daughter told you that a man stayed at your house, claiming he was a cousin.

Ask her to tell you where that cousin lives. And tell her that no man should come to your house and sleep over without your knowledge.

Don't be afraid to tell your wife that you don't believe her story, and that it is better for her to come clean and explain everything.

Tell her that you want the both of you to go seek counselling because you have lost trust in her.

If she threatens to beat your daughter, stand up for her and let her know if she touches her, you will report her to the police.