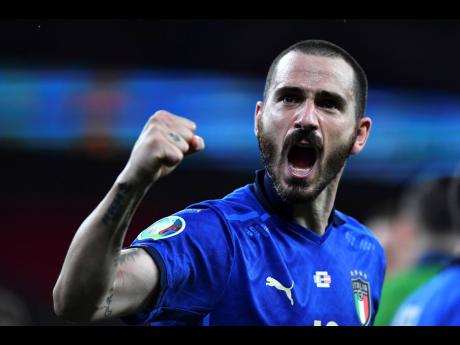 The Champions League yet again served up drama, incredible comebacks and goals galore this week.

And then there was Juventus.

Massimiliano Allegri's side ground out another 1-0 win at Zenit St. Petersburg on Wednesday, Juve's fourth straight by 1-0.

On Sunday, their defence will face a sterner test against the stellar attack of Serie A champions Inter Milan in the Derby d'Italia. Inter's last five Serie A matches have recorded 22 goals, albeit not all for the Nerazzurri.

Inter also beat Sheriff 3-1 on Tuesday. But that was their first victory in this Champions League, while Juventus have three wins out of three and have yet to concede in the competition.

Going into the clash of styles on Sunday, Juventus are convinced they are on the right track after a rocky start to life back under Allegri, who returned to the club two years after he was fired. The Bianconeri are slowly climbing the table and sit seventh, three points behind third-place Inter but 10 behind leaders Napoli who have won all eight of their matches.

"We have shown that we have the right attitude and when there is a spirit of sacrifice and humility on the part of the whole group, the results arrive," Juventus captain Leonardo Bonucci said.

"Now our focus turns to the match on Sunday and to the championship to recover the ground lost at the beginning of the season. A great game awaits us on Sunday. Even winning 1-0 is important."

Much has changed for both teams since, not least the departure of Cristiano Ronaldo from Juventus. But, as Bonucci has alluded to several times, he believes his side are a better team for it.

"In the recent past we had lost this Juve characteristic, we played with a great champion in Ronaldo and we wanted to put him in condition to always do well, and maybe we lost this will to sacrifice ourselves together, thinking that he would resolve all the matches," Bonucci said.