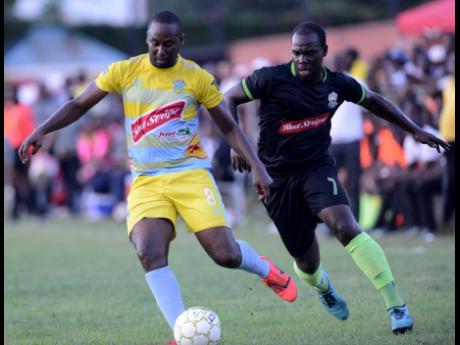 Nicholi Finlayson, an 11-year veteran with Waterhouse FC, may have played his last Red Stripe Premier League (RSPL) match as the 2019-20 season has been cancelled due to the coronavirus pandemic.

The 34-year-old told STAR Sports that he does not see himself going through the rigours of another regular season at his age, and he will make a decision as to whether to take a new role at the Drewsland-based club in the off season.

"I really have to think about it because football is my first love, so it is really hard for me to walk away from the sport. I, maybe, can continue but playing a lesser role," he said.

Finlayson, who captained Waterhouse for most of his career, came close to realising one of his lifelong dreams - that of being crowned RSPL champions - the past three seasons as his team made it to the final in 2018 and 2019 but was beaten by Portmore United on both occasions.

Wanted to win the league

"I have always wanted to win the league, and I think the team has done well for the past three seasons, but it just hasn't happened yet," he said. "We were battling relegation in 2017-18 and came back and made it to the final and went back to the final after that, so we have done well."

But Finlayson believes that Waterhouse can still win their third Premier League title in the near future.

"I believe the club can still win a cup because there is a young group of guys here now who are very talented, and if I can play a role where I advise them, then it can happen," he said.

Finlayson is also looking to make the transition from player to coach.

"I have my Level One coaching licence, so maybe I can fit in as a player-coach, assisting the coaching staff," Finlayson said.