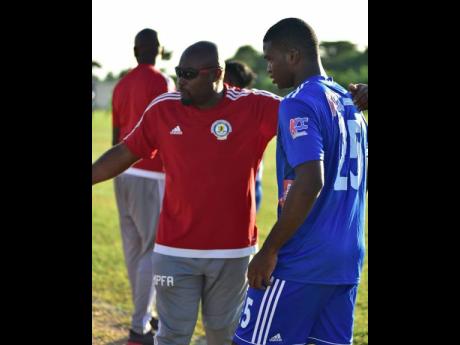 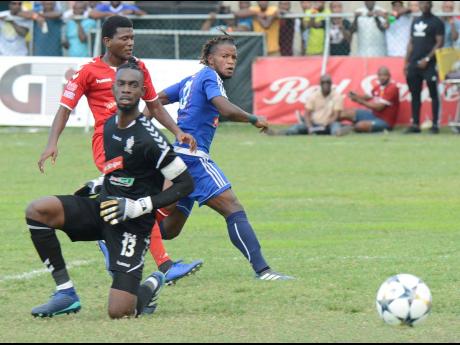 Mount Pleasant's 2-0 win over Vere United in the Red Stripe Premier League (RSPL) on Sunday lifted the St Ann-based club to the top of the standings for the first time since they entered the league last season.

The Peter Gould-owned club came into the league with a reputation as big spenders last season, but their campaign under coach Donovan Duckie ended in disappointment after they went out at the semi-final stage, when at least a place in the final was being coveted.

But despite having a fairly good regular season, Mount Pleasant never came close to being league leaders as they were positioned between fifth and third for the majority of the last campaign.

But the title aspirants, who ended last season with 35 points after 17 wins, with nine draws and seven defeats, have been far more consistent under coach Davis. Their five wins from their last six matches have been crucial, as the period also culminated with a slump by former leaders, Waterhouse. The Drewsland side, since beating defending champions Portmore United 4-1 at the Spanish Town Prison Oval on November 27, have not won again.

Mount Pleasant used the opportunity to full effect and in six matches overhauled an eight-point deficit to their main rivals and put themselves in the driver's seat for the first time for the $1 million prize for topping the regular season points table.

But while Davis is proud of the achievement, he isays there is no reason to celebrate yet.

"It's nice to do this for the fans," he said. "We promised them a treat in Christmas and we lost. So we spoke to the players coming into the new year that we had to win our first game back home. It's nice to be on top but we still have a lot of work to do.

"We have Waterhouse as the team we want to push us," he said. "We can't get complacent at all now.

But it's football and I'm hungry, so I won't get happy or overjoyed. It's nice to be there, as it is the first time in the Premier League we are going on top, but we have work to do."

Goals from Kemar Beckford and Cardel Benbow saw the hosts beat Vere 2-0 on Sunday and Davis believes both players have been in peak form recently.

"We were slow in the first half," he said. "Our intensity was poor, but second half we made the adjustment, like in the last game against UWI, and we got another goal. The person we depend on is Kemar Beckford, he has delivered. He is the point man for the team right now and we have players like Benbow to back him up."

After 21 games, Mount Pleasant sit atop the RSPL standing with 40 points, one more than Waterhouse.