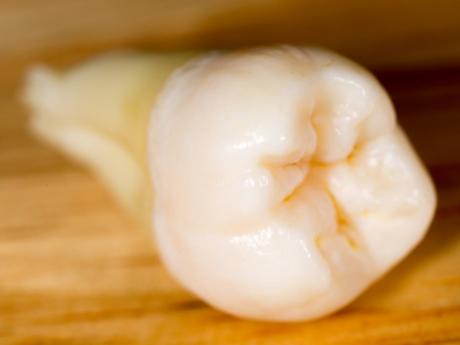 Following a heated dispute between two childhood friends, one may have to undergo a surgical procedure to have tooth implants installed or receive dentures, after two of her teeth were knocked out during the melee.

Delfaro Durrant, who pleaded guilty to injuring his friend, will have to pay more than $200,000 in compensation. He is charged with unlawful wounding in the Kingston and St Andrew Parish Court. It was reported that on October 5, the complainant and Durrant had a dispute. The complainant pushed and punched Durrant after which he returned the blow to the complainant with a scissors in his hand, that caused a wound that bled.

"It was a point where me a run out my marijuana in my hand and the scissors in my hand. So she say 'Gimme likkle way deh', wid attitude and me realise say she push me, so me ease her back. She start box me in my face and me never did a think at the moment, so me swing my hand with the scissors and it hit her," Durrant explained.

But it was the extent of the complainant's injuries which frightened Senior Parish Judge Lori-Anne Cole-Montaque.

"Wow, you see how her mouth stay Sir? She need to fix up back man and dental work is expensive in this country. Look at her rows Sir, it was very indecent to hit her teeth out," the judge noted.

The complainant shared that she has two sutures in her mouth and should complete additional oral X-rays.

Durrant agreed to compensate her and paid the first instalment of $30,000 in court. He is to return to court on December 6 with at least $60,000.