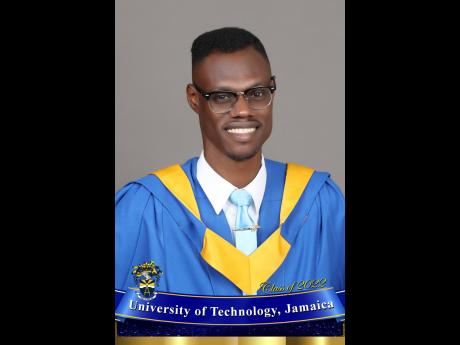 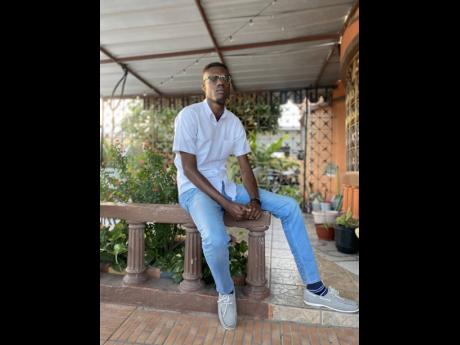 Sean Ennis was on the cusp of completing his tertiary studies at the University of Technology, Jamaica (UTech Ja) in 2017, when he faced a major mental hurdle that hindered his performance.

"I was going through some little issues with my family and it made a very strong rift at the time. It affected me on a whole, at school and at work. I started out strong in university, did well for the first three years, but in my final year, everything went bad. It was to the point where I started flunking everything and I had a mental block," Ennis related.

Surrendering to defeat, the 29-year-old decided that he would withdraw from the bachelor of business administration programme twice, in academic years 2017/18 and 2019/20. What should have been a four-year course of study (he started in 2012), turned into a decade.

Nonetheless, Ennis said he felt compelled by an inexplicable source of motivation, to complete his degree.

"There were times when I said to myself, 'Me done wid school because obviously school is not for me, even as brilliant as I am.' But now, it feels like my story was meant to inspire someone else because the whole time I was asking God, 'A wah do me so? Something wrong wid me enuh because me nuh know why me try every single thing weh me need fi and it feel like every odd come against me.' I felt like giving up which is what I did for essentially two years," the Rock Spring, Trelawny native shared.

During the course of his studies, Ennis told the news team that he often felt like a failure, and cried while he was at work. But with confidence, and the burning desire to achieve more, he resumed studies in the 2020/21 academic year. With the encouragement of his good friend, Daniel Knight he pushed forward.

"He was the first person I told that I was withdrawing from school and I am not continuing. I had a few modules left and he couldn't get why [I was withdrawing] but I guess because I was fully defeated mentally, literally everything in me was saying not to continue. I was numb. He said 'You can finish man, I will help you' and that was it," the Manchester High School graduate said.

Having completed his degree with a concentration in marketing and international business, Ennis is eager to grace the stage at UTech Ja's graduation on November 11. He is urging others facing with challenges not to give up.

"It feels surreal to me, it's like a dream. Struggle is never absent from greatness and success sometimes means failing forward, so then, failure should not always be deemed as something negative. No matter what the odds are, you have to fight. I kept it quiet and struggled in silence and now I triumph publicly. It's a whole testimony," he said.

Ennis is looking to pursue a certificate or a diploma in counselling.