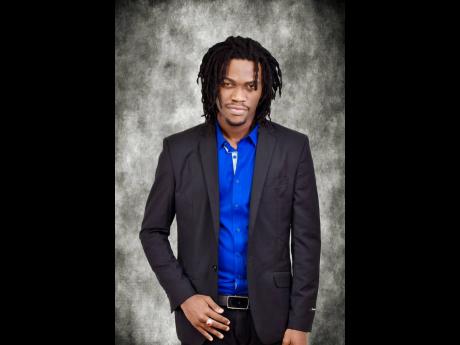 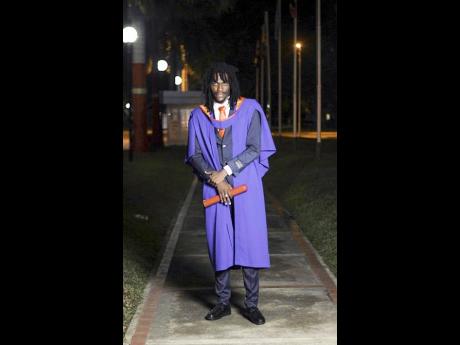 A near-death experience on November 4, 2018 catapulted Andrew McDaniel to chart a successful course.

Four years later to the date, he was part of the 2022 graduating class at The University of the West Indies (UWI), Mona, boasting a first-class honours degree in political science.

On that day in 2018, gunmen attacked a gathering on Manhertz Road, Waterford, St Catherine. No fatalities were recorded but more than 10 persons were shot.

"I survived by the skin of my teeth, as my granny would say. I dipped to the side and I ran. I ran breathlessly, persons were getting shot left, right and centre. I said to myself that life is too short and I was starting university the next year. And at that point, I felt like I had to do a lot more to carve a legacy for myself," the 23-year-old said.

A noted poet, McDaniel told THE STAR that while attending Jamaica College (JC), he was delinquent.

"At the end of 10th grade, my average was 43 per cent, it was the second lowest in the class if I am not mistaken. They gave me a letter that they are not allowing me to continue and understandably so because not only am I not doing the work, but I was disruptive and destructive to the school itself," he recounted.

Even after being placed on academic probation, McDaniel was not motivated to improve his performance.

"At that point I accepted the fact that school is not for me and I am going to leave and find a wholesale work that will pay a little bit of money. The wholesale work was already planned out, I can use it to put a little money in my pocket," he joked.

However, negotiations with parents and the JC administration saw McDaniel and about 20 of his peers who displayed similar truant behaviour being placed in remedial classes and allowed to complete Caribbean Secondary Education Certificate examinations. McDaniel attained six subjects and later attended Portmore Community College to sit his Caribbean Advanced Proficiency Examinations.

At college, he decided to take his education seriously, stopped skin bleaching and shaved his head.

"I said to myself that I am going to carve a new image for myself. I am going to carve an academic image. I went to the classes, I participated frequently, and after a while, I felt good being identified as 'that guy', as the bright guy, the bright sparks, the academic. I was like 'Wow, this feels much better than being a troublemaker," McDaniel said.

He enrolled at UWI in 2019 and was awarded a full scholarship by the Al Webb Foundation. McDaniel's performance throughout his university tenure was impeccable, making the Dean's List and the Honour's Society, among other accolades.

"The achievement that meant the most to me is getting a GPA (grade point average) above 4.0 [he finished with 4.12].

"Most university students know that that is no natural feat, securing all A's in all semester is quite a task," he shared.

Currently pursuing a master's degree in comparative politics, with his eyes set on becoming a university lecturer, McDaniel is seeking to be a mentor for persons from his native communities, Newlands and Waterford.

"I see myself taking these young and vulnerable minds and showing them more in the world, so that they can understand that there is more to life than scamming and chopping, whatever you want to call it. I grew up just like them and they can say to themselves that 'Hey, he pulled it off'. There is no child in the ghetto, capacity wise, who can't do the same with the proper guidance and I feel I can take these young men, relay my story to them and inspire them," McDaniel revealed.