$3 million worth of ganja seized in Clarendon 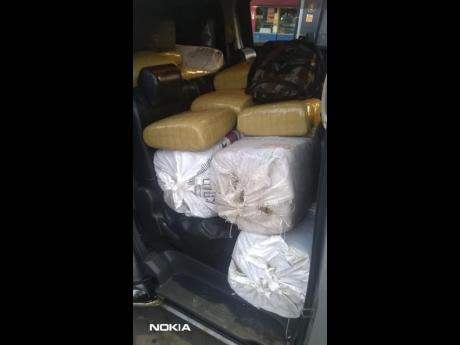 The Jamaica Defence Force (JDF) has confirmed that over $3 million worth of marijuana has been seized in Clarendon.

Seven persons were also taken into custody in relation to the almost 900 pounds of substance found.

The police say information was received and a team deployed.

It was reported that on Wednesday morning three cars travelling in a convoy were seen along the Bustamante Highway.

All three vehicles, including a Grey Toyota Noah, were intercepted in the vicinity of the Cool Oasis service station and searched.

According to the police, a large quantity of ganja was discovered inside the Noah vehicle.

The drugs were seized and the occupants of all three vehicles were arrested.

The police say they remain in custody and are to be processed.