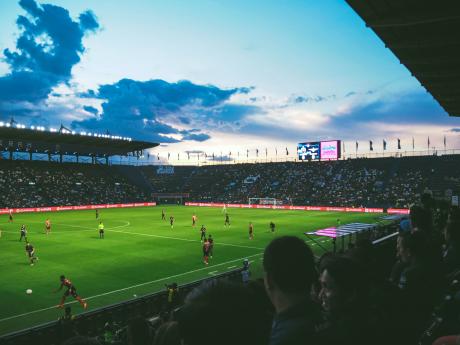 LONDON (AP) — Soccer fans who run onto the field or use objects like smoke bombs and pyrotechnics at English Premier League matches will receive automatic bans from clubs for a minimum of a year.

Top-flight teams agreed to introduce the sanction with immediate effect on Wednesday at a league shareholders’ meeting, as part of measures to tackle increased anti-social behaviour at matches.

The league said the bans could be extended to accompanying parents or guardians of children who take part in such conduct. The ban is applicable to home and away matches.

Concerns were raised about safety issues inside stadiums following incidents which marred the end of last season in the Premier League and lower leagues.

Among them, Crystal Palace manager Patrick Vieira kicked out at an Everton fan who was taunting him during a field invasion at Goodison Park, and Sheffield United captain Billy Sharp was headbutted in the face by a Nottingham Forest fan at the end of a playoff game in the second-tier Championship. The Forest fan was given a 24-week prison sentence.

Other measures set to be implemented include improved searching of individuals entering grounds, increased use of sniffer dogs, and working with social media platforms to quickly remove fan videos of illegal behaviour.