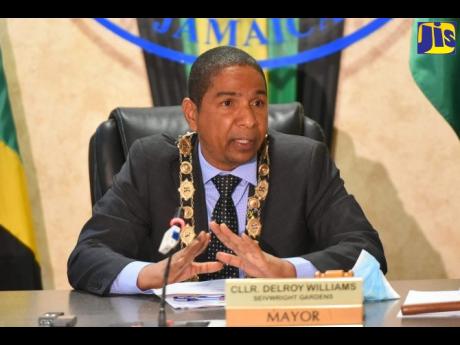 The Kingston and St Andrew Municipal Corporation (KSAMC) is establishing ties with the capital city of Windhoek, Namibia, for cooperation in multiple focus areas.

The development follows the signing of a memorandum of understanding (MOU) between Jamaica and Namibia to form a Jamaica-Namibia Joint Committee, which met from August 2-3 at the offices of the Ministry of Foreign Affairs and Foreign Trade, downtown Kingston.

The establishment of ties between Kingston and Windhoek will, therefore, advance engagements under the MOU and bolster initial contacts made between the cities.            Mayor of Kingston, Senator Councillor Delroy Williams, said he is “most confident that the strengthened ties between Kingston and Windhoek will result in mutual benefits for the citizens and peoples of both cities and the respective countries, generally, as there are so many ways in which we can both benefit from cooperation”.

Windhoek is interested in development planning in both cities, including the improvement of infrastructure; promotion of tourism and cultural exchanges; and the exchange of knowledge through the input of technical and social expertise, particularly in tourism, health, justice, energy, agriculture, maritime cooperation, entertainment, youth, sport, urban development, and creative industries.

The KSAMC is hosting a three-member delegation from Namibia from August 14 to 19, at which time Mayor Williams will confer the symbolic keys to the City of Kingston to the City of Windhoek and welcome the visitors.

Kingston and Windhoek previously signed an MOU in 2018 in keeping with the KSAMC’s twinning with cities around the world for mutual benefit.

The KSAMC is focused on advancing these initial connections between Windhoek and Kingston to encourage and facilitate other contacts as well as promote effective co-operation and exchange of ideas in the focus areas.