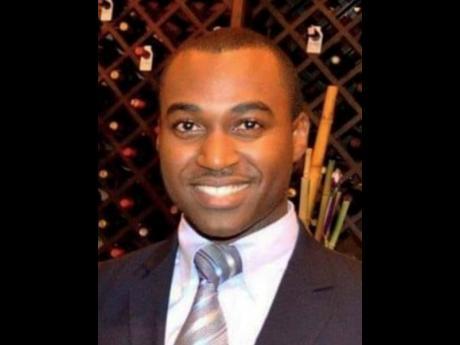 Jamaican Garth Perkins, who was shot and killed in Trinidad. Facebook.

Godfrey Perkins, former permanent secretary in the Ministry of Mining and Energy, was at peace when his son Garth told him that he was quietly enjoying the recent Christmas season.

Perkins said he was satisfied, as any parent would be, that his son was fine.

But late Monday, the peace that had consumed him after that telephone conversation quickly vanished when a barrage of phone calls came in from Trinidad and Tobago (T&T), where the younger Perkins was residing.

He had been gunned down on Broadway in Port-of-Spain, the capital, sometime after 7 p.m.

Police reports are that the 34-year-old event planner, who managed local restaurant and cinema Estate 101, had just left an ATM when he was approached by a gunman.

He is said to have resisted the man’s demands for money and was shot dead.

The attacker then walked away.

“We are badly shaken by it,” Perkins, a former permanent secretary and commissioner of mines, told The Gleaner on Tuesday.

Garth, a former St Jago High School and University of the West Indies student, was the younger of his two sons.

He had relocated to Trinidad where he worked as an event coordinator at Hyatt Regency Trinidad before taking up the marketing manager position at Estate 101.

“We have to be now telling ourselves that while we are devastated, it has happened, and it cannot be undone. Luckily, we are believers. So, we have put the matter before God and have sought His support with peace of mind and I think we have His support,” Perkins said.

The former public servant told stated that his son had wished for him, during that final telephone conversation, all that was good for the new year.

A statement from Estate 101 said Garth was “loved and respected” by his colleagues and clients.

“Mr Perkins was loved and respected by his colleagues and our clients and will be missed dearly,” the statement read.

The Jamaican’s death triggered an outpouring of love, mixed with anger and frustration, on social media.

Friends of Garth’s lamented his “untimely death” while others appeared shellshocked.

“Garth Perkins, your life was taken from you too soon. I just can’t believe this, Garthy....

“You have left a big void in the hearts of everyone whose life you touched, and there are so many! What is life? So fragile. Here today, gone tomorrow,” Rae Nathaniel wrote.