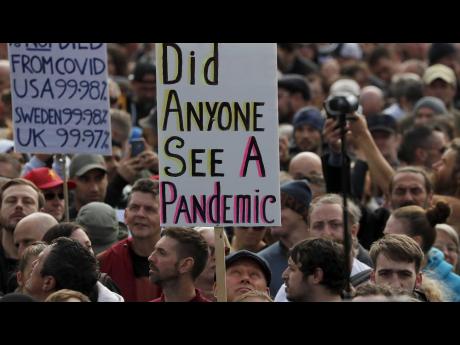 LONDON — British police have arrested dozens of people at an anti-lockdown demonstration in London.

Anti-mask and anti-vaccine demonstrators, some with placards reading “stop controlling us” and “no more lockdowns,” marched along Oxford and Regent streets in the city’s central shopping district on Saturday.

Police officers led several people away in handcuffs after protesters ignored requests to disperse. Several bottles and smoke bombs were thrown as some demonstrators scuffled with police.

The Metropolitan Police force said more than 60 people were arrested and the number was expected to rise.