‘My father killed my mother and was hanged’ - ... man says deaths robbed him of chance to know family members 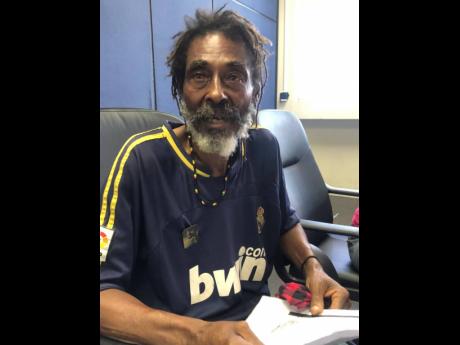 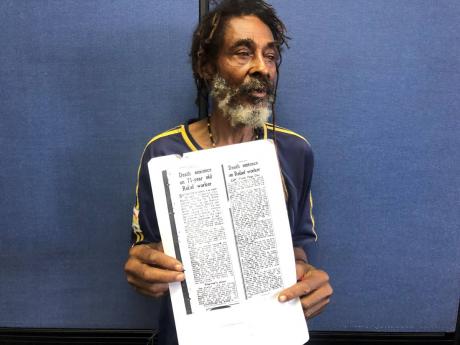 Lynden Minott with an article written about his father’s death penalty. 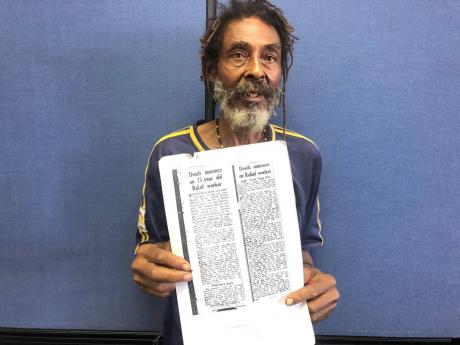 Lynden Minott with an article about his father’s death penalty. 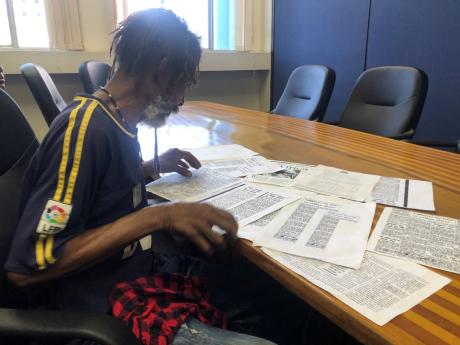 L ynden Minott blames the government for the way his life has turned out. At 67, Minott makes a living from small-scale farming in the Corporate Area.

His ordeal began some 60 years ago when his father, John Minott, killed his mother, Anita Bushay in Delacree Lance, Kingston. His father was convicted to the murder and was hanged.

The death of both parents set off a chain of events for young Minott, who has since been unable to connect with his roots.

"Dem hang my fada and that is wrong. My fada killed my mada, that's one trouble ... You kill him, that's two trouble. And the devil seh two trouble worse dan one. Dem shoulda interview him and mek him talk things, so that we coulda grow up and have things fi read -- know we granny and grandfada. Yuh come inna a family and yuh kill somebody and weh yuh do fi me?"

After his father's hanging, he and his brother spent time in a children's home before their maternal grandmother came for them and took them to another section of Westmoreland. She told them nothing about their family tree.

"Round 30 years now she pass off. I nuh regret seh she tek we, enuh, but I don't know how she come by we. Me know seh John Minott a my fada because me grow up and hear. Is only dis me have as proof," he said while pointing on old articles.

Minott believes that he has siblings in Jamaica that he doesn't know of.

"Me nuh know nuh cousin, uncle, aunty, nobody. The thing is everybody dead out and who nuh dead gone different place. Any weh me deh and hear di name Minott and see people a respond, me jus a think to meself seh me can have brother and sister out deh and don't even know!"

"To me, the state destroyed my life. Right now if me dead, my wife and son dem get left inna the cold cause dem name Minott. Dem lef me ina a dark world ... Me caah relate to nuh Minott. Nothing! The problem is that I don't know none of them... me lost. I never see a picture of dem yet, I don't know anybody," he said passionately.

Minott shuns death penalty as a measure to reprimand criminals, even today where domestic violent has skyrocketed.

"Me nuh believe ina death penalty. Di government suppose to be a referee ... so a suh dem referee? Hanging and killing people?"

Because of this, he and his brother have never separated. Now 61 years later, they live in the same yard in Denham Town, Kingston. He told THE STAR that he has been grieving for six decades, as he has been unable to move on.

"We never move from we one another yet because we nuh have no other comfort but each other...we nuh know nuh other Minott. Me cannot live suh! Me nuh have no memory a mi fada or mada... Me never see a picture...if me neva dig up these papers me wouldn't have certain knowledge of nothing. Nobody neva come look fi wi yet! We come like nothing and dem thing deh grieving!" he said crying.