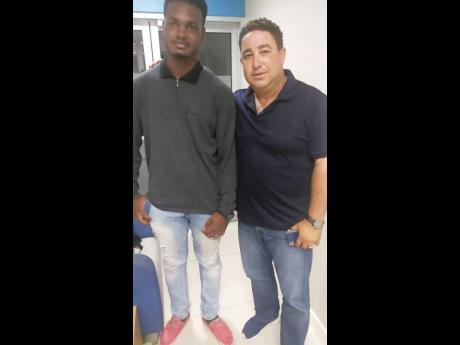 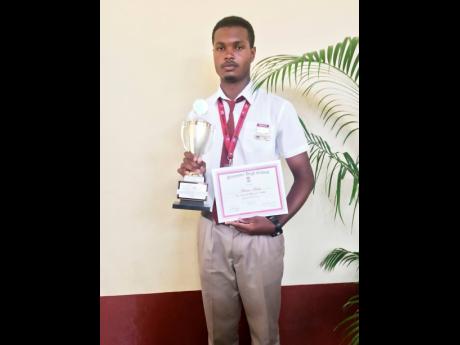 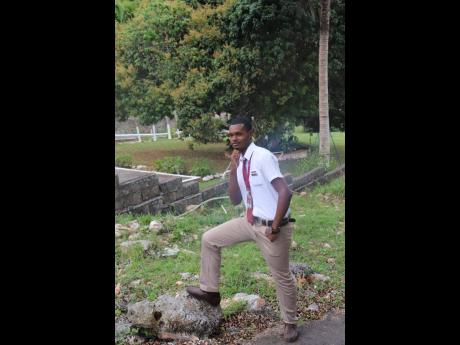 Blessed and determined is how Akeem Waite has described the last few years of his life. Waite, a student of the University of West Indies (UWI), told THE STAR that he has been receiving financial help from Clarendon businessman Keith Murray, who he credits for giving him a new lease on life.

The 19-year-old is even happier now, having finally met his benefactor a few weeks ago. "When I was going to Glenmuir High School, I was just so glad that this man decided to help me out. The fact that this stranger was willing to use his hard-earned cash and help me to go to school, that definitely pushed me and still pushes me to do a lot more. I'm currently studying international relations at the UWI," Waite told THE STAR.

Waite added that Murray played an integral role in him completing high school, noting that the businessman assisted in covering lunch and transportation expenses. "There were a few times when I did find it a bit challenging to actually attend school, hunger actually became a friend of mine. Mr Murray started being my sponsor when I started sixth form at Glenmuir High School, and trust me, that was just a period of ecstasy for want of a better word.

I went to school for those three years and each day I went to school, I got $500 from Mr Murray. My parents aren't necessarily the richest people in the world, so without his help, there probably would've been a number of days that I would not have been able to go to school. I just have to thank Mr Murray for all of that," he said.

Murray, owner of the popular Murray's Fish and Jerk Hut in Clarendon, told THE STAR that helping Waite has been a win-win. He is currently sponsoring Waite's degree studies, with over $100,000 a year.

"I heard about Akeem through a friend, and I decided to help. Helping him finish his studies was more important than meeting him. Finishing high school was the most important thing. He's a brilliant young man who just needed some assistance. It was really a gratifying moment meeting him. It's really great to know that you are contributing to a young man furthering his education. I really think it is a win-win, it is a good feeling, a blessing actually, to know that you can contribute to help others," he said.

Murray stated that as long as he and his company are in a position to assist other students, they will continue to do so.

"I'm definitely looking to continuing this over the years. I give $120,000 yearly to help with his educational needs and expenses. I get a lot of satisfaction knowing that I am able to help someone become a better citizen. If I can help with their education, then that is a good thing for me you know," he said.