Gold Gad says sex sells and he’s ready to tap into the space. 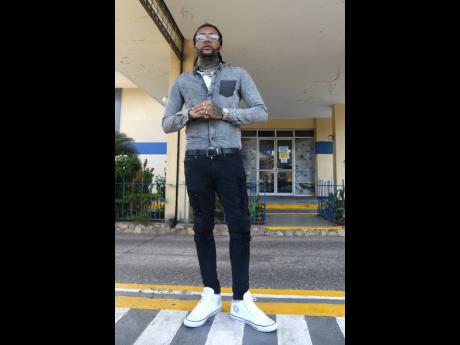 The artiste, whose singles also rack up millions of views, admitted that his Instagram page has been transformed into 'virtual exotic club'.

"Yuh affi work wid di time and weh di time a go. COVID forward and take over the whole place so weh else deh deh fi do? A party pan Instagram a run now so mi affi go straight to a virtual club," he said.

On any given night, the artiste has more than 250,000 viewers tuned in, with each session garnering more than 15 million impressions (the number of times the work is displayed). Gold Gad says he is not ashamed to add to dancehall's raunchy reputation.

"Dancehall is slack and it's beautiful. Me a add to it and mi glad mi a add to it because the girl dem like it and the man dem love it. It's a beautiful thing mi nah go round it. Mi love the slackness, mi can't deny it," he said. "People love slackness. Is all about sex at the end of the day. Everybody glorify that more than anything else, more dan even life because man a dead over it, woman a dead over it."

Gold Gad stressed that sex sells and waved off critics who fear children may possibly be exposed to the explicit content.

"If yuh have yuh pickney, yuh see when it reach 9 o' clock, dem hours deh, unnu take weh dem phone. Mi can't do nothing better. Me a run adult show so adult fi a watch it so unu watch unu pickney. Das all mi can say bout dat," he said.

With that said, the entertainer says he is not even contemplating moving his show to Instagram's adult platform, OnlyFans.

"Mi nuh have no time fi dat. Mi look pan it (OnlyFans) honestly like a some desperate people a try fi ketch a likkle money. Mi just entertain people. Mi done a monetise mi music and dem (his followers) a support it and ting, so di money a forward in from dah angle deh," he said. The Client Convo deejay says he is contemplating opening up a physical exotic club, and also has plans to launch a merchandise line.

"Mi just drop a song wah day name GoldGadHub and dat soon reach a million views. People want the music same way too so mi affi put in the work same way deh so and mix it," he said.