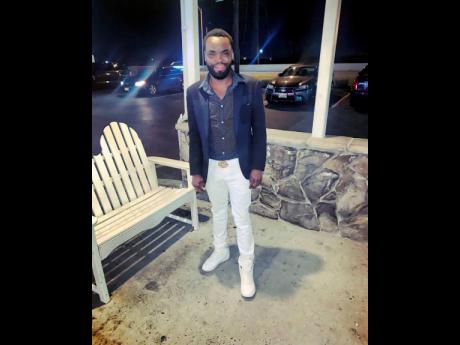 Growing up in the district of Mt Friendship in rural St Andrew, Ozyon developed a love for music at an early age.

He not only sang on the community church choir, but he also learnt to play the bass guitar, keyboard and drums.

Ozyon, given name Fitzroy Thompson, relocated to the US three years ago, and his love for music has continued. Today, Friday, March 27, he released his latest single, Come Home Sunshine.

"The song was inspired by relationship reflections. Some relationships are good and some are bad. It's just that sometimes you reflect and realise that the one you really love, or that real love is gone," said Ozyon.

The singer, who says his musical influences include reggae king Bob Marley, Mavado, Vybz Kartel and Bounty Killer, produced Come Home Sunshine, which is being released on the Ozyon Music label.

He explained how he acquired the beat for the song.

"I found the rhythm on YouTube and I loved how it sounded and wrote the song to it. The beat was created by KD Beats," he said.

Since he began his recording career three years ago, Ozyon has recorded for the US-based Amigo Records.