STAR on the Rise: Lolaa ‘smiling’ her way to the top 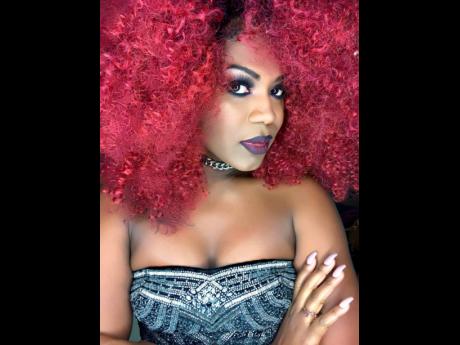 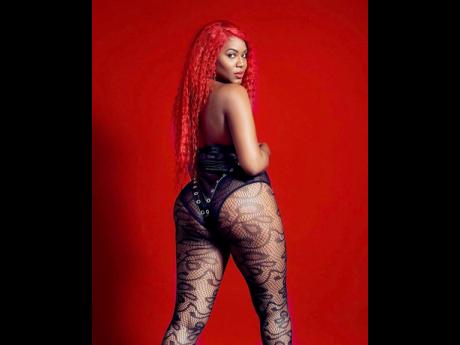 Lolaa Smiles wears a full-of-life personality which she says has helped her to remain constructive with her recording career.

Her stage name is a representation of her attitude, she said. “It means love and affection and then I am always smiling.”

Though born in Kingston, she was raised in the Bronx, New York, and her adopted city plays a large role in both the sound and lyrics of her on-the-rise, raunchy, sensual, R&B-dancehall fusion catalogue.

“I don’t take things too serious; we all have one life to live, (so) laughter gets us through it,” Lolaa Smiles said.

Lolaa Smiles first set her sights and sails on music as a child, being cultured in a Christian home and encouraged by her grandparents to sing in the choir at church.

“I have been navigating my career from an early age; a lot of it was R&B-inspired and I did covers, until persons said to do more of my own music, and then at some point, I thought I was doing R&B, but similar to a fusion of music from my roots,” she told THE STAR. “With dancehall … I didn’t decide to do it, it went there, and when I did, people started listening more.”

One of her first collaborations with a dancehall entertainer was Nuh Baddah, which has Lolaa Smiles playing with melodies rather than deejaying.

Her departure from a stringent R & B sound has found her securing collaborations with other dancehall kings like Vybz Kartel.

The tracks Addi Right Size and Power of Love have garnered close to a million views each on YouTube. Her recent singles, Boom and White Sheet (with Teejay), are steadily attracting numbers.

Boasting the title ‘Kitty Gang Boss’, Lolaa Smiles said, “The Kitty Gang is what I call my tribe (followers) and Boom is the ‘Kitty Gang anthem’. And it was important for me to do this strong song. There is a particular audience I want to appeal to, and in doing dancehall, I believe I have to be sexy – not naked – and show strength.”

She continued: “When it comes to being ‘over sexy’ or ‘under sexy’, I haven’t been the topic and no one has made any issues with me as yet, and I would not let it bother me. Still, I don’t think I am extra explicit, and I am also working on clean music for the young, teenage ears that listen to dancehall; more friendly music.”

The singjay admitted that her career is not exactly where she wants it to be, but “it is a process and I am growing.”

“Aside from me being ‘dah-yumm’ good, I believe my catalogue of music is a reflection of that outlook, and people who are lovers of dancehall or music as a whole should listen and make me one of their options,” she said.

n Inspiration: “I am inspired by everyday life; my story and people’s stories.”

n Interesting Fact: “I visited Vybz Kartel in prison, and was star-struck. I could hardly speak at first, so I made him do all the talking and listened, and his words, “Keep pushing, you have talent and it not going to be easy”, struck a nerve. We spoke about music, and that’s how the Power of Love collaboration came into being, because it was just a solo recording before.”