STAR on the Rise: V8nam battling for stardom 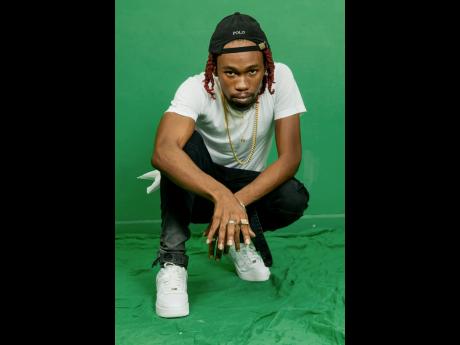 V 8nam’s identity has nothing to do with war or numerals. Though he did almost end up joining the Jamaica Defence Force, this Star on the Rise’s stage name is not derived from the war-time stigma attached to the Asian nation. Rather, this entertainer’s dancehall culture is so deeply steeped, his moniker comes from a style of Clarks.

Born Kemoy Nugent, V8nam claims to be much more than he appears. He describes himself as an all-rounder, as one who produces music, builds beats, and deejays. The multifaceted musician attained such range because he’s been going at it for the past 11 years, and in all those years, music has sustained him.

“I was professional from in school. I’ve never worked for anyone yet - but miself. Nuh boss. My only boss is my management team. All my income is from music. From in high school mi realise seh singing alone couldn’t pay the bills,” V8nam shared.

Refusing to give up on music, he sought out other options. “Engineering, producing, harmonies, backing vocals, deejaying - I couldn’t catch on to nuttin else, except music. I do everything. But dancehall ah di main ting,” he told THE STAR.

Luckily, V8nam had the support and understanding of his parents, for the most part. “They support me because when me go school then mi go studio, mi nuh go back home for the next two weeks. When me tired of the studio, mi come home,” he said.

Now, the all-rounder is focused on promoting his vocal skills with the recent release of his song, Rich Badness. “I always try to keep a happy vibe, and make songs that everybody can enjoy themselves. Even if it’s a slow song, you still can bounce to it. Even a pastor can enjoy himself to how me ah deejay,” he said.

Inspirations: Ray Charles. “Ray Charles is my idol. I watched his life story. Music changed his life, mek him provide for him family. He’s multi-talented like me, harmonise him own songs and dem ting deh. And is a whole heap a fight him get with the black people in music thing. Ah di general.”

And there are the other usual suspects Bob Marley, Barrington Levy, Garnet Silk, Sizzla, Capelton, Bounty Killer, and Vybz Kartel.

Interesting Fact: V8nam is a ‘jovial person’. “I like to joke around - bere laughing. People may think seh mi serious because mi name V8nam, but I’m a fun person.”