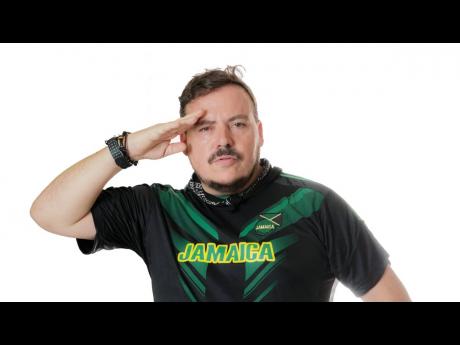 This is the first single from his upcoming album Unity, which will be released in November.

"It is a modern roots, conscious reggae tune," General Schoppe said. "The lyrics are about never giving up - standing up for yourself and your dreams. It's a topic that speaks to everyone."

The artiste incorporates a mix of his German dialect and Jamaican Patois. With this different musical experience found in Champion, the track has been well received so far by those who have heard it.

"I have high hopes that it would be enjoyed by Jamaican people, as well as the rest of the world. It is a very cultural song with uplifting lyrics, which everyone can relate to," he said.

Consisting of 10 tracks, Unity will give listeners an experience like never before, building a bridge between cultures by integrating the German language with sounds ranging from dancehall with trap influences to roots reggae.

"One quarter of the recordings are in the Jamaican dialect but the main language is German - with many words deriving from my local Frankfurt slang and the diverse languages of the people who live here," he said.

Four music videos have been filmed so far, with one more on the way. The accompanying video for Champion was filmed in Kingston and will be released later in the year.

General Schoppe started his career in 1999 with hip-hop music and has been recording reggae and dancehall since 2005.

Since the early 2000s, he has also been involved in sound systems and artiste promotion. He has spent quite a bit of time in Jamaica working with local artistes and learning more about the culture, which he in turn has filtered into his craft.