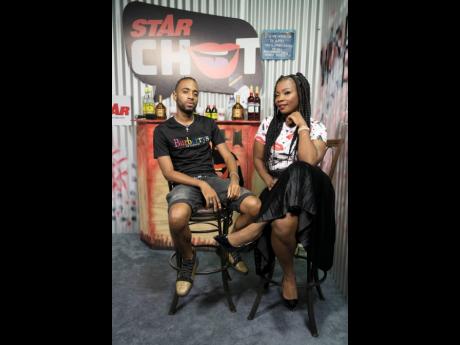 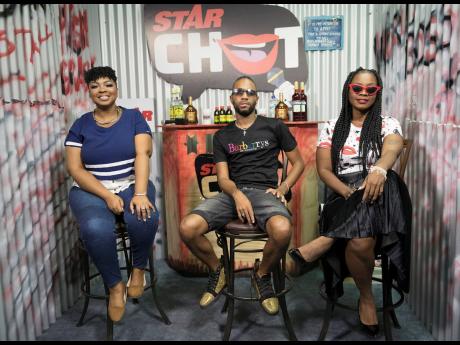 Dancehall artistes Pamputtae and QQ believe education plays a big part in why many of their colleagues have not secured life insurance. Speaking on this week's edition of STAR C hat, the pair agreed with sentiments shared by social media blogger Dr Love who, on the heels of Louie Rankin's GoFundMe account, encouraged entertainers to set their houses in order.

Pamputtae and QQ, while agreeing with Dr Love, explained that the stigma surrounding life insurance is the key factor hindering many entertainers from planning for their deaths. "Being educated on a certain topic is important, and a lot of our entertainers come from a society where dem don't want life insurance because dem think say once yuh get life insurance, yuh a go dead. There is a stigma around it, and das why we have to educate ourselves about it," said QQ.

"Some a dem don't even know how fi go bout getting life insurance, and because we have so much ego and pride as artistes, we find it hard fi reach out to the necessary people to really find out what to do and das why nuff a dem drop out and, unfortunately, the family affi go to GoFundMe and dem thing deh. Think about it, a lot of artiste don't even wah invest inna dem own career, yuh think dem ago wah invest inna dem death," he continued. "At the end of the day, it's just the society weh dem grow up inna. First thing dem (artiste) feel dem need fi get when money start make a di girls, di ride and dem thing deh."

Agreeing with some of what QQ said, Pamputtae explained that while many artistes seemingly die without nothing to their names, that may not be the truth. She expressed that a lot of times, artistes transition leaving money behind, but the family prefers to go the route of crowd-funding because they want to spend the riches elsewhere. "Me understand about getting insurance and dem thing deh, but when yuh dead yuh dead. Yuh nuh have no talk, no say at all, so all if yuh look bout insurance and the money come in, a man will see a way weh him can start a GoFundMe and get a money and dem ago dweet, cuz yuh nuh have no control over nothing," she said. "Sometimes is not like the artiste dem nah no money, a di family dem do thing different."

In that case, both QQ and Pamputtae encouraged artistes to draft up wills. They explained that in the event of death, a will is a legal outline of the deceased's desires and must be adhered to.

Where did this conversation lead? Watch the full video on Saturday via THE STAR's social media pages and YouTube channel.